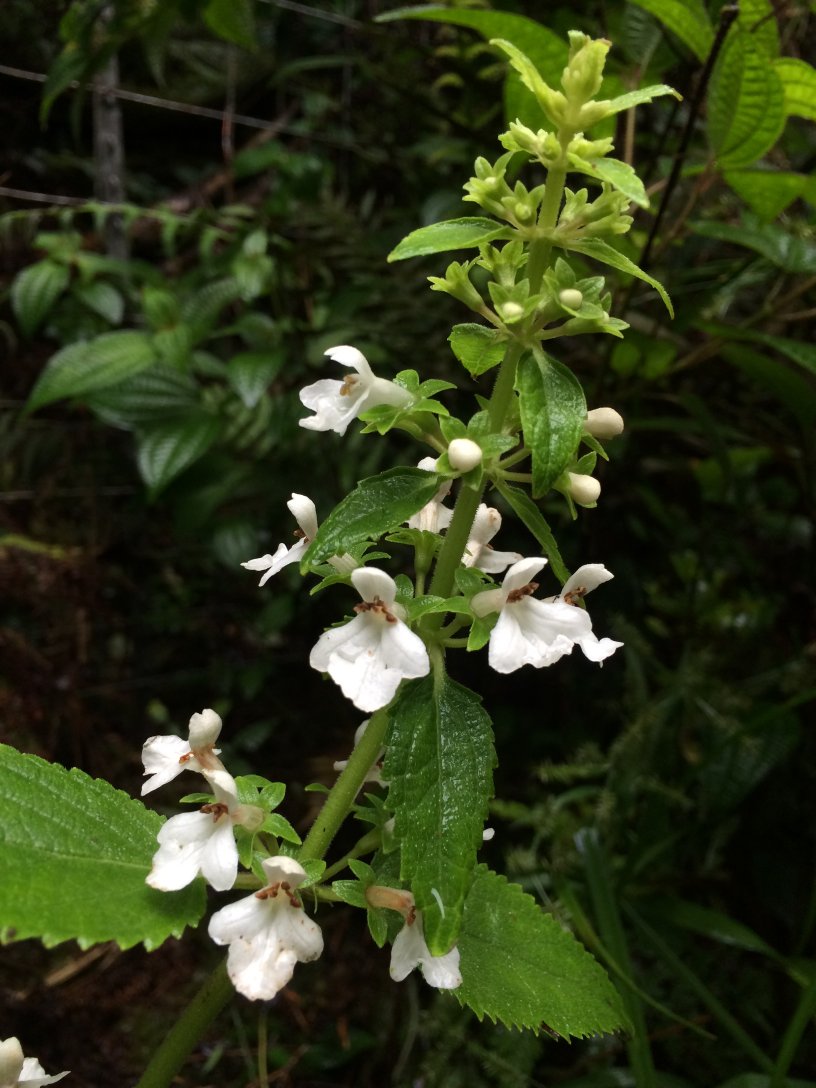 Phyllostegia electra is one of 63 taxa in the group known as the endemic Hawaiian mints. The ancestor to this group likely arrived to the Hawaiian archipelago between 4 and 5 million years ago, after which it rapidly diversified. Because this group evolved on the Hawaiian Islands, which were free of many predatory species, they lack the defense mechanisms, such as oils and toxins, that help protect plants. As a consequence, this group has been heavily impacted by invasive species and other human activities. To date, at least 13 species of Hawaiian mints have already gone extinct. Phyllostegia electra is only found in the wet forests of Kauaʻi and is preyed upon by non-native slugs and rodents; feral pigs, deer and goats harm the species’ habitat. Unfortunately, P. electra is currently listed as Critically Endangered by the IUCN Red List and only 52 individuals currently exist in the wild.