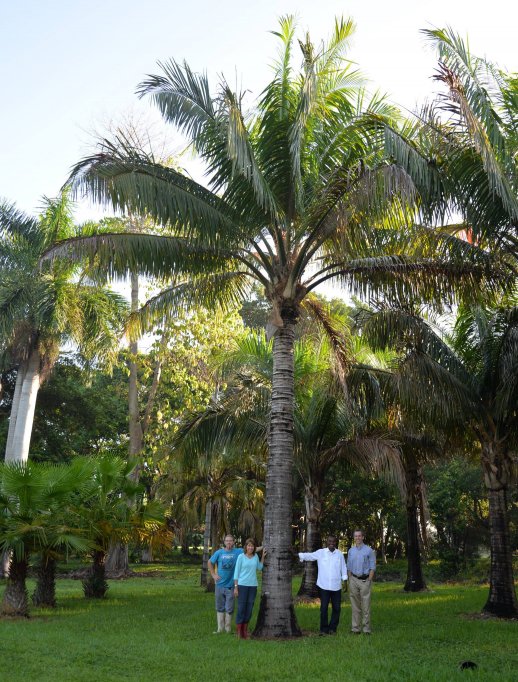 This uncommon species of palm is only found on the southwestern peninsula of Haiti. The compounding effects of decreasing habitat availability, lighting strikes, and tropical storms have resulted in A. crassispatha being currently listed as Critically Endangered by the IUCN Red List; fewer than 50 mature individuals are known to exist in the wild. It is currently considered the rarest palm in the Americas. The oil-rich fruits resemble coconuts and are sought after by locals for consumption as well as for cooking oil. Recent phylogenetic work suggests that long distance dispersal events likely brought ancestors of this species from South America, which may have been possible due to its buoyant seeds.